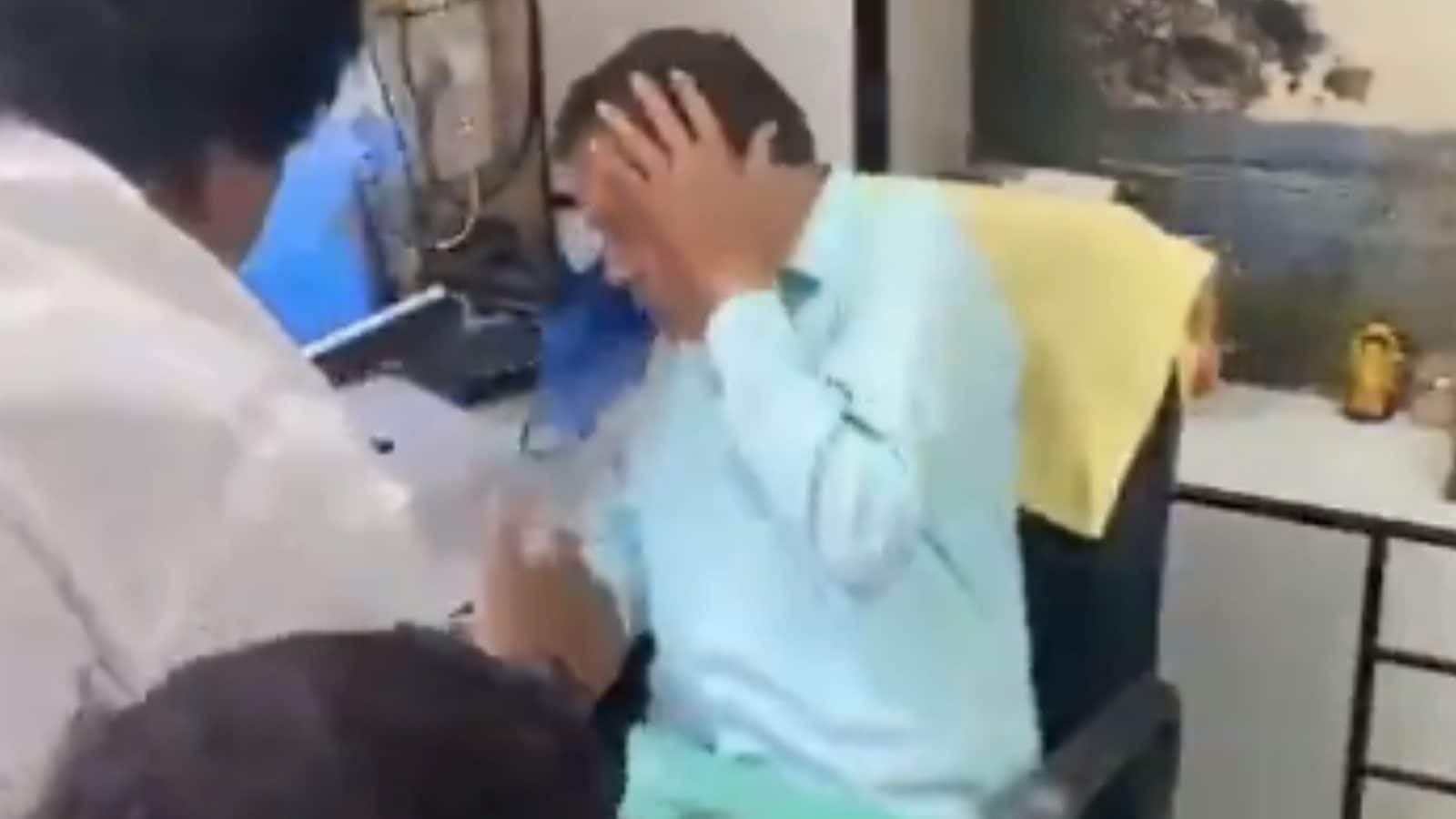 
A BJP chief from Maharashtra, Vinayak Ambekar, was assaulted on Sunday by NCP employees for allegedly writing a publish in opposition to veteran politician Sharad Pawar. The entire incident was recorded on digital camera.

Ambekar is a spokesperson for the Maharashtra BJP. He was slapped in the midst of an argument by NCP employees for posting feedback in opposition to Pawar.

Condemning the incident, state BJP chief Chandrakant Patil shared a video of the incident on Twitter. “Maharashtra Pradesh Bharatiya Janata Celebration spokesperson Pvt. Vinayak Ambekar has been attacked by NCP goons and on behalf of BJP, I strongly condemn this assault. These NCP goons have to be handled instantly!” tweeted Patil in Marathi.

Within the video, some males are noticed having an argument with Ambekar, who’s heard defending himself. All of a sudden, one of many males whose face can’t be seen within the video, slaps the BJP chief seated at a desk.

The incident occurred a day after Marathi actor Ketaki Chitale and 23-year-old pharmacy pupil Nikhil Bhamre had been arrested for allegedly making objectionable social media posts in opposition to Pawar. They had been remanded in police custody until Might 18.

The NCP is a part of the ruling Maha Vikas Aghadi authorities in Maharashtra. Lately, the state authorities has been accused of intolerance by opposition events.

HIGHLIGHTS:  Troubleshooter DK Shivakumar in Goa to Clear the Coast for Congress Forward of Ballot Outcomes

The BJP has cited the arrest of Amravati MP Navneet Rana and her husband, MLA Ravi Rana, in a sedition case as current examples of chief minister Uddhav Thackeray and his social gathering, Shiv Sena, as attempting to suppress dissent and free speech essential of the federal government.